Make your Dropbox account work for you, with the help of Community users like you. Join in or start a discussion of your own.

I don't want a paid account. But it feels like I'm bring forced to get one thanks to the weird way the server adds up my number of devices. Specifically, the device list has two separate entries for my desktop computer (named "Sophia"), one labelled "local". This appears to mean practically that my desktop computer counts as two of the three devices I'm allowed on a basic account. 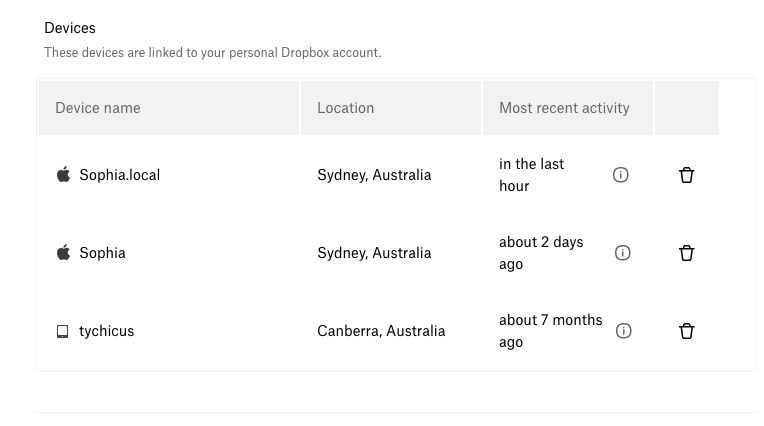 Hello, you can click the delete/trash icon on the right to remove the device that you think is duplicate. In your case, you can remove the device named Sophia as it seems the same device is identified as Sophia.local at a later date.

Thanks. Done that. Guess we'll see what happens from here ....