Will this update help with the endless "Syncing...." so many of us are experiencing?

I've been expierencing the same. Yesterday it said "performing one time update" and now just "syncing". I need this fixed asap! 😞

Seems to be a bug: Since last update to version 90.3.292 it tells me "uploading 0,0 per second" and I don't see the traffic speed anymore. Uploading seems still working OK (can't say definively cause of missing speed information). (Am just oploading near 120 GB data with a 40 MBit/s connection. So it usually takes longer for upload.)

Normally it takes a little while to index the files, if it doesnt start after 30 mins then yea. thats a big issue.

Sadly has not fixed the endless syncing bug for me...

Could you clarify what you mean? How are images saved to the desktop folder being saved to Dropbox?

When you save an image to Dropbox in some other folder, is it being copied  to Screenshots? Does it happen for all jpg images?

This BUG will effect any WINDOWS user that has any folder in your dropbox folder with exlicitly assigned windows user permissions. This BUG is sadly in the release version also 😞 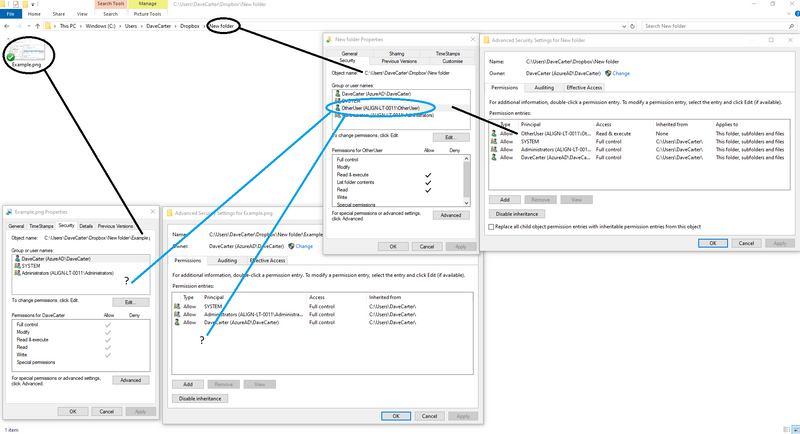