Why can't you tell us what's new in every version please.

Release notes please.  I've been hunting a memory leak for a couple of weeks.  I now have a PC that no longer has the memory leak issue and Dropbox is 1 of 4 tools that auto-updated on that system.  Would be hugely helpful if you gave notes on what your updates do.

Dropbox doesn't seem to work with my mac on big sur at all.

But it's only been the last few days. Can't sign out, can't pause sync, always is trying to sync.

Images from the mac don't go to the cloud, they get saved in the desktop.

Can't even quit without forcing quit in activity monitor.

I saw the post that said a previous update worked with big sur, but that was in the v101 area. I didn't want to install something that old.

I should add I've been using dropbox over 5 years, maybe close to 10, also a paid customer, and this is the first time I've had this amount of trouble.

Edit, i downloaded Stable Build 116.4.368 and installed that, everything was working again and then the dropbox closed and updated itself. Now it's 117.4.378 and it doesn't work anymore.

Although this morning, I'm not sure if it's stuck again. Keeps saying syncing and downloading 50,578 files. There should be no need to download that many files on this machine. Maybe 10 images that were automatically uploaded from my phone.

I've been having sync issue since yesterday (when this update automatically was rolled out).  Several files have not synced since yesterday.  I have tried everything, except for re-installing the application.  This is a business account, and I'm not able to have my files sync to my colleagues. Major disappointment.

Says indexing 912 files and can't do a **bleep** thing - i reiterate, i am a paying customer

been stuck on this status since before the weekend. Major problem as I depend on files being up to date, and I'm a Dropbox business customer. Does Dropbox monitor these forums and offer any support? Only fix is to restart machine, some files will update, and then we're back into this no man's land.... WTF? 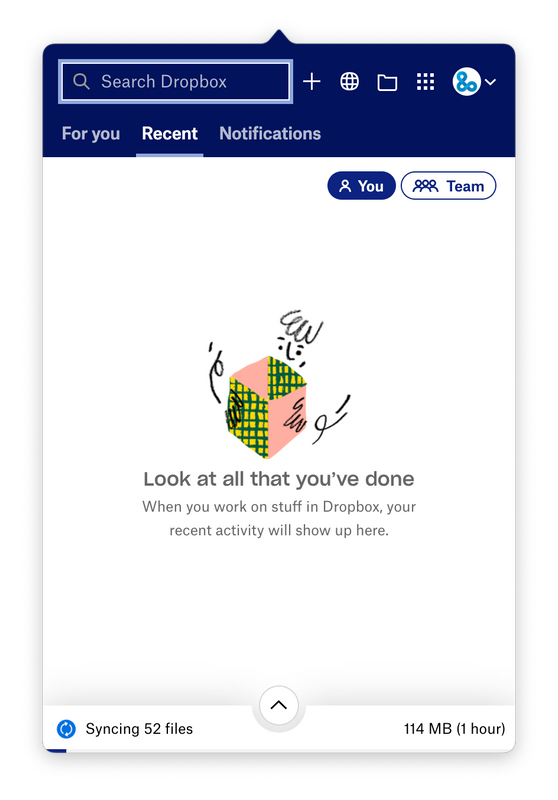 It's lasted more than the weekend. I've been stuck too.

I'm a paying customer, and use it for home as well as work.

This is so messed up. I had a long conversation with customer support and they said they would email me instructions on keeping it on version 116.x.xxx bc that was the last version that worked.

That code is just for updating dropbox manually. I don't think there is a way to block the auto updates.

We need to have that functionality in these situations.