I want to use a Dropbox file request to request photos from a group of people via a link, but it's important that I be able to access the metadata (EXIF data) for the photos (specifically, the date each photo was taken.) I've been experimenting a bit, and it looks like the EXIF data comes in when a photo has been uploaded from a computer, but if someone uploads directly from their phone, the "date created" is the date of the upload, not the date the image was taken. Is there anything I can do -- some setting I can check -- to ensure that this metadata gets included with the photos?

Can you please clarify if they're using the mobile app to upload those files to your file request or if they're doing it via a web browser?

If you could also post a sample screenshot showing the matter at hand, I'd appreciate it.

Thank you for your reply!

Here's the context: I want to use a File Request link to collect photos from a group of people. Some of them may have Dropbox. Others may not. I do not want to have to require them to download the app. Knowing when the photos were taken is an important piece of information for this particular project.

However, in testing the File Request feature via a link in a web browser (viewed on both a phone and a computer), we've found that only photos that were uploaded to that link from a computer come with the date/time and other metadata in their "info." When we upload photos from our phones via the File Request link, the vast majority of metadata -- including time and date the photo was taken -- seem to get stripped away.

We've looked for this metadata when viewing the images in the app, and when viewing images on both a PC (File Explorer) and a Mac (Mac Preview). It's there for the photos uploaded from a computer, but not the photos uploaded from a phone. Since I anticipate that the majority of people sharing photos to this File Request will have taken these photos via their phones, this presents a big roadblock to us being able to use Dropbox for this project. I'm hoping maybe there's a setting I'm not aware of that can enable metadata to be captured from files uploaded via phones, as well as from computers.

Here's an example of what image details are available for a photo added to our File Request link via a phone: 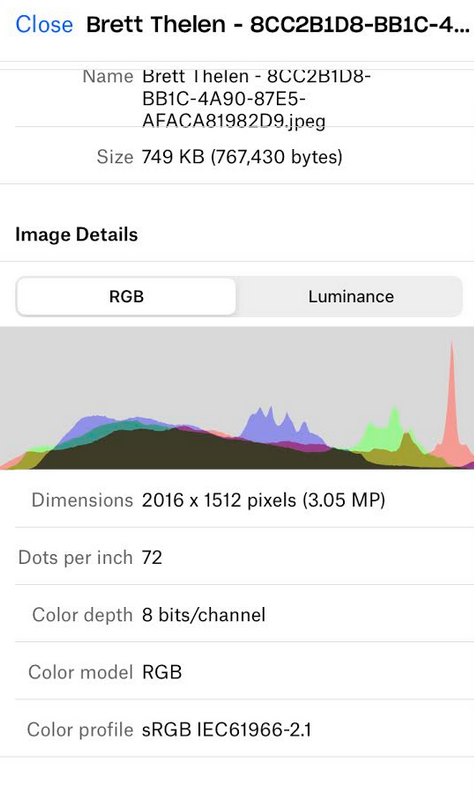 Here's an example of the more detailed info that is available for a photo uploaded from a computer: 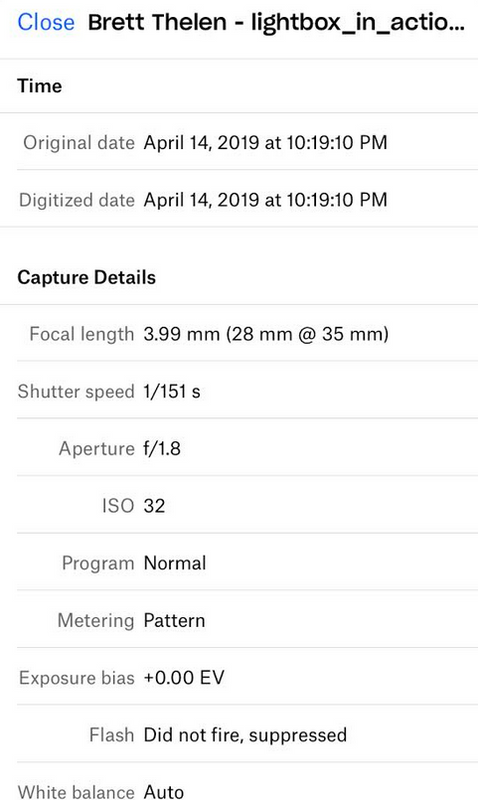 If it's helpful, those screenshots were taken after clicking on each photo in the app, then clicking the "info" icon. The second photo was originally taken on a phone, but saved to a computer, and shared from that computer.

Thank you for any help you can provide!

Jay
Dropboxer
Hi @BrettAmyThelen, currently there isn't an option like this available in the Dropbox app or service.

If you wish, you can suggest this as a change for others to vote on, so the dev team can look into this in future!

1 Like
Reply
Poll
Are you starting new work habits this year?
Vote
Hide Results
Well, we know it can be hard to keep up good habits, so we made a new working from home cheat sheet, with some good habits, some things to avoid and some tips for making your day a little easier. Check it out here.