How to relink broken Dropbox when lots of files are syncing

How to relink broken Dropbox when lots of files are syncing

Hello, as I have seen elsewhere it seems my upgrade to OS Catalina has broken my Dropbox sync, and as a result I have about 500ish files awaiting sync (brand new Mac Mini, Fibre broadband, so not my fault!)

I realise I probably need to unlink and relink Dropbox on my computer, but the problem is lots of files I have placed into Dropbox I am unclear whether they are actually online or not. See attached example - all the files claim to be synced online but the folder itself is hanging. When I try and view them on Dropbox.com the files are 'still being uploaded'. When I try and view the folder it doesn't exist.

My question is: if I unlink and relink Dropbox will I lose all of these partially synced (?) files? Or do I need to individually copy them somewhere else and then place them back into Dropbox once the syncing issue is fixed?

Hi @loosejoints, thanks for reaching out to us here!

Since the app is still syncing, I wouldn't suggest unlinking your device just yet as there are a few other things we can check first.

Can you try the following to see if this will do the trick:

If the app is still showing syncing after a short time period, please follow the steps again and instead click "Fix permissions".

Hi Daphne thanks for the suggestions. I've done both of these things multiple times now and shut my computer down in between goes and it doesn't seem to be doing anything at all. So if I need to unlink what do I do about all the hanging files? Do I need to copy them somewhere else?

Thanks for getting back to me here @loosejoints!

If you'd like to unlink the device to see if this helps, you can first make a copy in another locations of the folders that are showing the blue syncing icon.

Just out of curiosity though, from the screenshot it looks as though all the content within the selected folder are showing they're synced

Hey Daphne that one's an exception - lot of other folders have everything not syncing properly. I'll let you know how unlinking goes!

I'll be awaiting your update on how it goes @loosejoints.

In the meantime, have a great weekend!

[EDIT: I accidentally posted this reply in the wrong thread.  It was supposed to be a reply to some advice that LINKED to this thread, and it seems I can't delete the post.  However, the fact that it seems to be impossible for me to follow this advice may be relevant to other users, so I guess it's not so bad if it appears twice in different threads.]

Thanks for the advice.  Actually, I found that advice over a month ago and bookmarked it.  However, even though I've tried many variations on it, the problem begins at step 5: no variation I have tried of modifier key combinations, spacebar, holding the key(s) before selecting or after, has changed the contents of the "Account" tab in any way.   It always looks just the same. 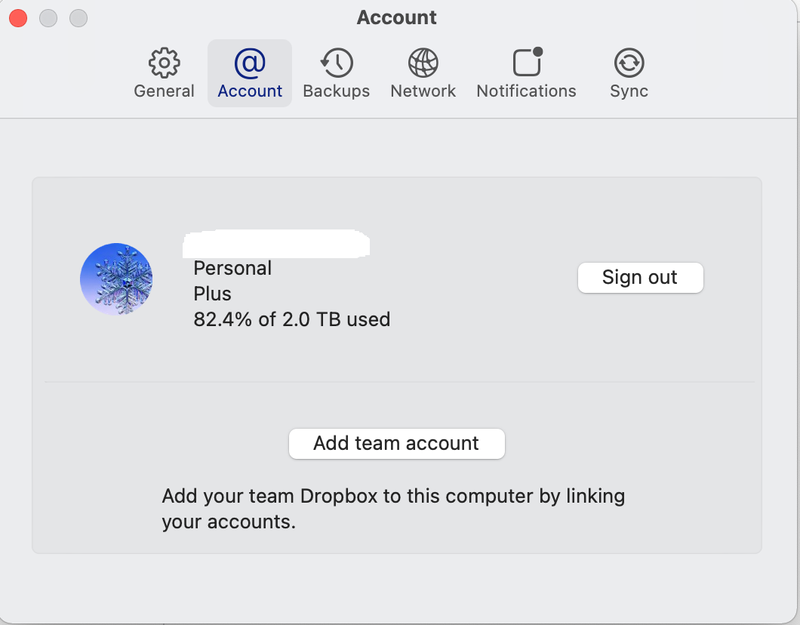 Hence, I've found no way to "Fix Hardlinks" or "Fix Permissions".   I'd be happy to try it if the secret to accessing them can be revealed!

(I should add that on at least one other Dropbox community page I saw that had this same advice, other users said the same thing -- that they didn't see these options appear.)  As I noted previously, I have installed the Dropbox app again multiple times.

So, thank you, but ... any suggestion as to how to make these options available?

1 Like
Reply
Poll
Are you starting new work habits this year?
Vote
Hide Results
Well, we know it can be hard to keep up good habits, so we made a new working from home cheat sheet, with some good habits, some things to avoid and some tips for making your day a little easier. Check it out here.