I'm a Dropbox plus member, and am currently using just 3% of my storage. I am using the app on my iPad, which until now has worked great.

Today though I have been trying to move image files between folders within Dropbox and am getting constant messages telling the move failed... or, even more bizarre, a message saying that I cannot move files between shared folders (both folders in question are not shared!).

I uninstalled and reinstalled the app, and even tried to use Safari rather than the app, but with the same results.

Please can anyone advise?

Hi @Wez, thanks for messaging today!

If you're getting this message, then the folders should be shared or inside a shared folder, even if it's to one member. Could you check if the folder icon has a two-person icon on it? You can then unshare the folder using these steps.

Regarding the message, are you able to move the file on the Dropbox site on a desktop device, or in the Dropbox folder?

This will help me assist further!

Thanks for the reply @Jay

I only have one folder within my Dropbox that is shared, and none of the ones I'm trying to move are within that. I had tried to move some other images this morning between one folder I was using this weekend and another different one (again not a shared one) with the same results.

Most of the attempts seem to trigger the 'unable to move' message rather than the shared folder message, but I seem to be still getting both messages at different times, when trying the same move. Even more odd, last night I was trying it again, and got the 'unable to move' message, but it then moved 2 of the 5 files between the folders!
I haven't had access to a pc over the weekend so don't know if it would actually work on a windows browser, but so far I have been trying it on the iPad app, the iPhone app, safari browser, and on my husband's galaxy phone browser (using my own login details) and seem to be having the same issue on each of them... I have been constantly logged in on all but the galaxy phone for over a year and have never had this problem before.

I hope that helps you come up with a potential solution. Thanks again.

If you can get a screenshot showing this error message, it would help a lot to see what the issue could be related to.

Just FYI I had also contacted tech support before I posted in here, and am now also liaising with a guy on email too. I'm not sure if that makes a difference to you?

Some of the screenshots... 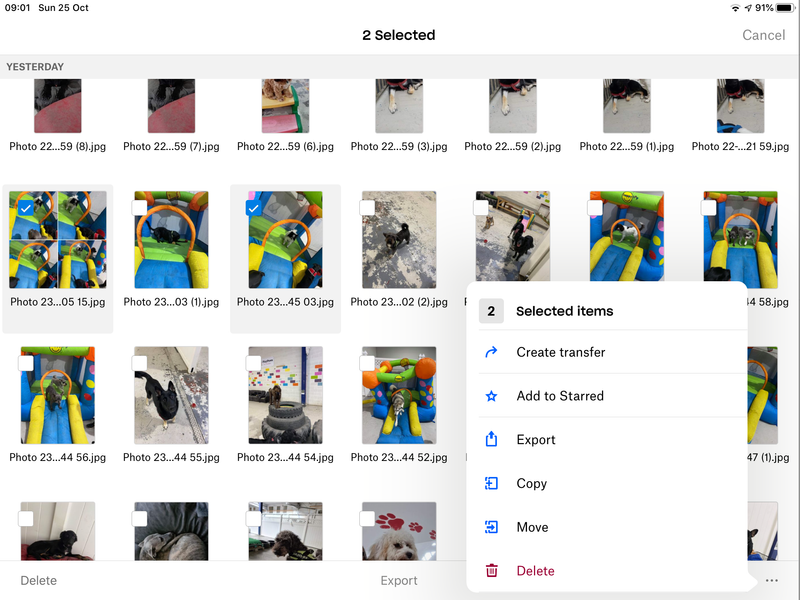 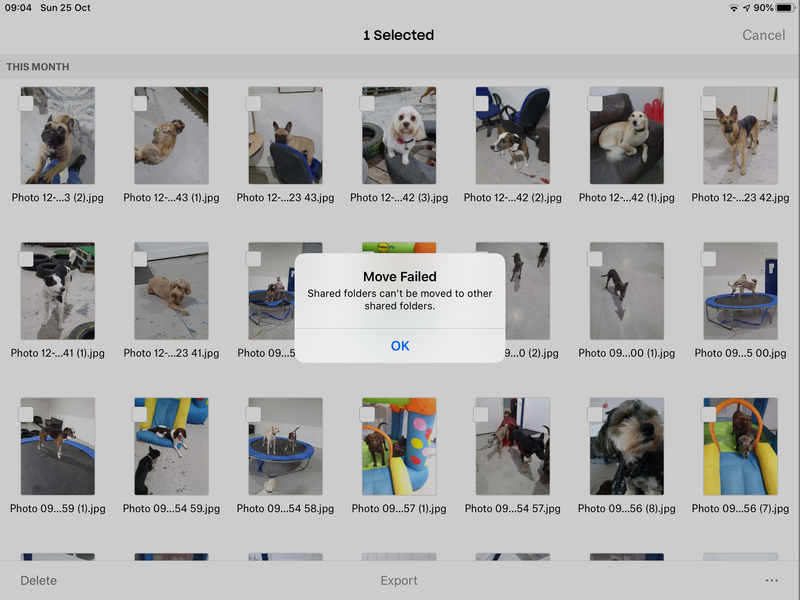 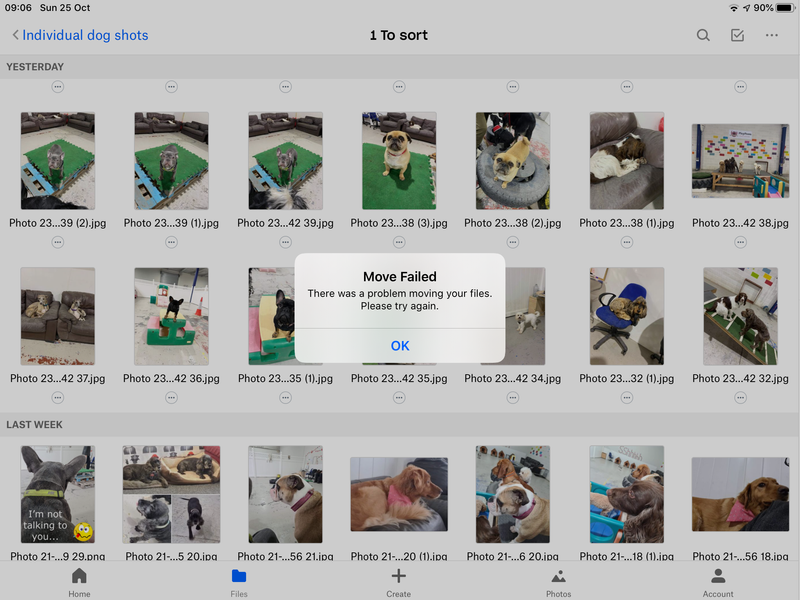 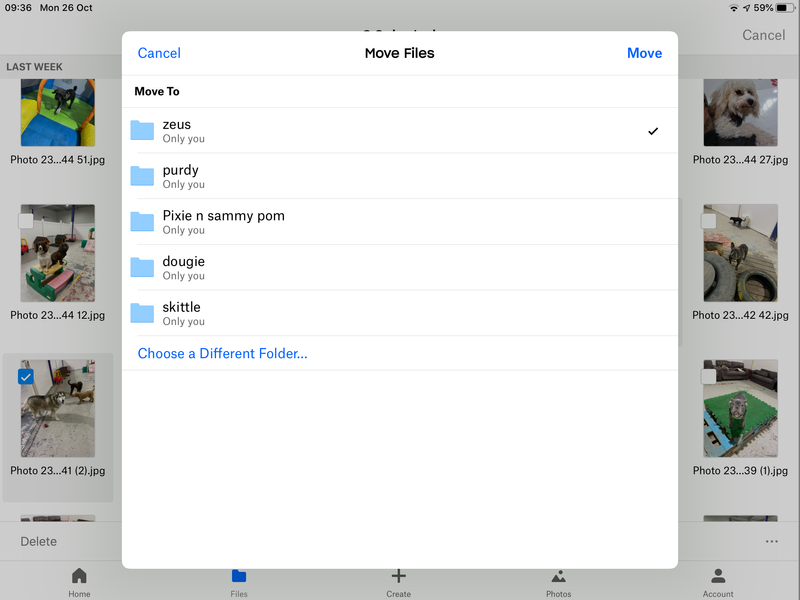 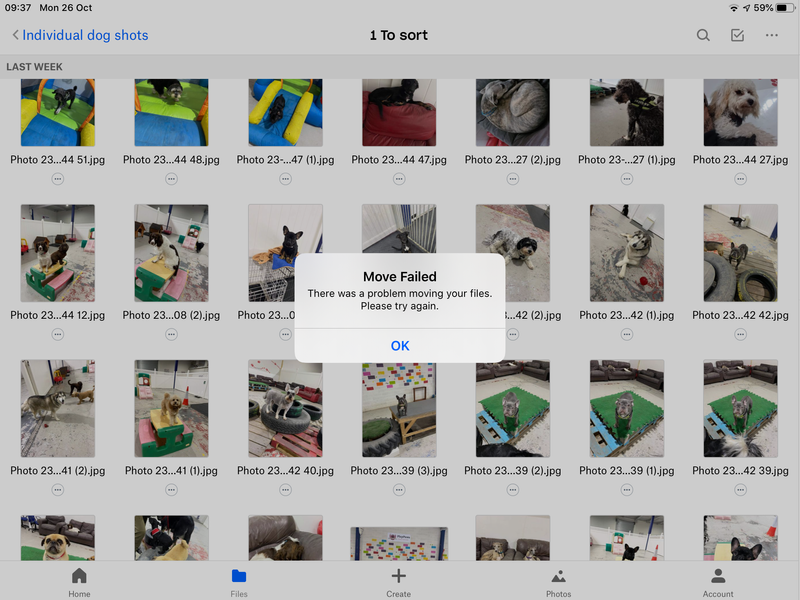 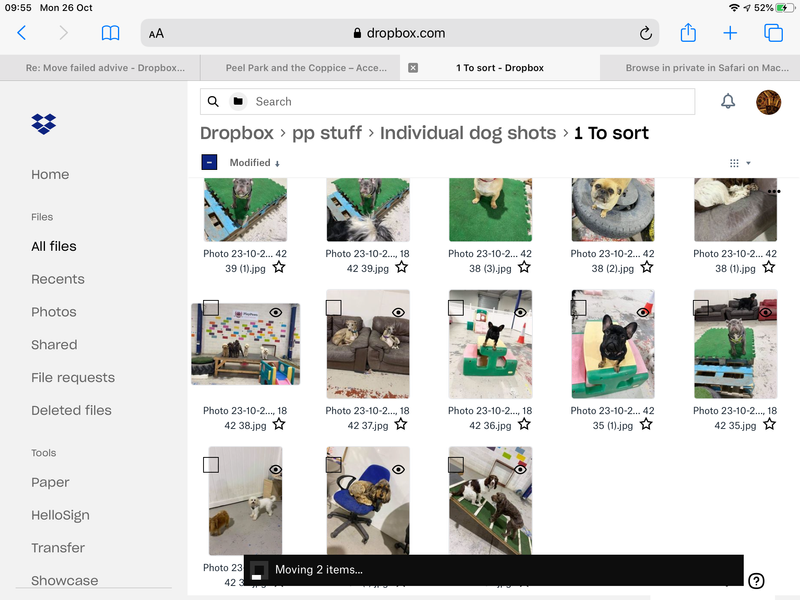 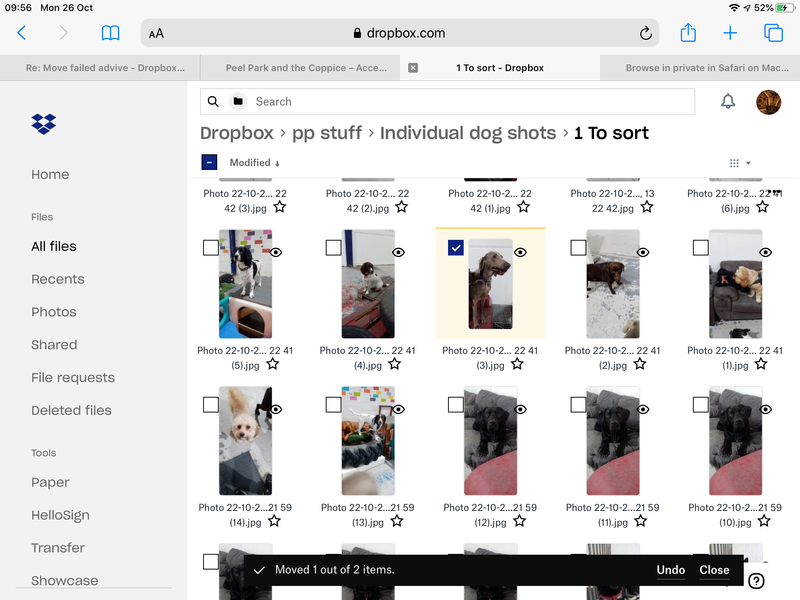 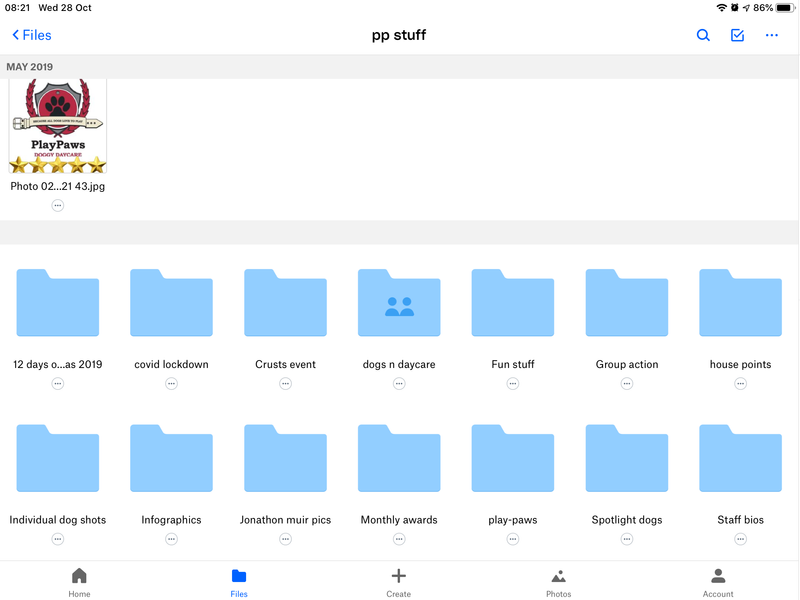 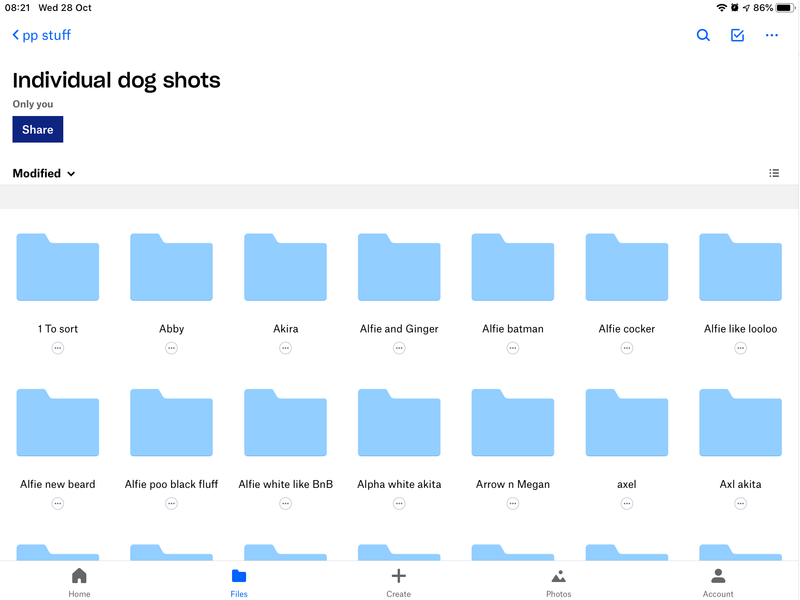 Thanks for all those screenshots @Wez!

As you're troubleshooting with a member of our Support team, I might suggest continuing with them via email for this issue.

This is just to make sure that the troubleshooting is consistent, and they will be able to look into this with account specific info too which we're not able to do from here.

We can pass along all the info you shared with us here if you'd like to, please just provide us with the ticket number for your case (eg. #1234567). Cheers!

0 Likes
Reply
Polls
Are you starting new work habits this year?
Vote
Hide Results
Well, we know it can be hard to keep up good habits, so we made a new working from home cheat sheet, with some good habits, some things to avoid and some tips for making your day a little easier. Check it out here.