Hi - A few of our mac users are complaining that there is an issue when working with Adobe CC files (in particular InDesign) within the local Dropbox folder. The problem appears to be that InDesign suddenly stops auto saving to the Dropbox folder plus it prevents the user from saving the file anywhere else. 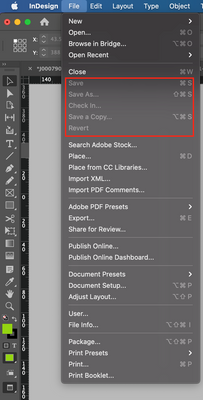 The workflow is that the file was opened from the local DB folder and progress saved a few times before it suddenly stopped allowing the user to save the file in the DB folder or anywhere else (see screenshot).

I appreciate that this might be an Adobe CC problem (see similar thread) but the users are adamant that it only happens when they are working in their local Dropbox folders.

Has anyone else experiencing this problem while working in Dropbox?

Walter
Dropboxer
Hey @Robbie4; thanks for posting on our Community and happy Monday!

Can you please let me know if pausing syncing on our desktop app, or even quitting it completely, on the affected devices while working on those files, helps improve matters?

Hi Walter - thanks for your note and happy Tuesday! I will get the team to try pausing and/or quitting the next time it happens to see if it makes a difference. It is a random problem so it might take a week or so to reoccur.

Walter
Dropboxer
No worries @Robbie4; just keep me posted with any updates!