I've started using the File Request feature recently. I upgraded my dropbox from the Plus to the Professional plan to have more tools for specific file sharing.

I put out a File Request to my collaborator only to find that Dropbox automatically prepends the uploader's name to every single file they upload. For my purposes, this is a terrible "feature". I am trying to receive hundreds of files from one person, and having to sit there and relabel every single one by hand is not useful at all.

The files I am receiving link to a master file and the link works according to the file names. So the file names MUST stay the same for this to work, otherwise the whole house of cards falls apart. Needless to say, this is very important for proper collaboration to occur.

Can you please add an option to turn the renaming "feature" on or off per file request link? Let your users decide if they want their files renamed! I'm sure it's helpful for some, but it is not helpful for all... 😉

A quick search shows that this request first came up over four (4!) years ago. Please implement this ASAP. Otherwise I'll have to look for another file sharing service.

Thank you for your time!

This idea has been closed as it has reached the end of the Share an Idea process.

Thank you for your suggestion, and if you have another idea to share, please do!

Yeah, if you guys are only going by the votes on the topics here and not reading forums, you are not taking an active interest in your userbase. There are definite patterns in what is being requested, and honestly, as a software developer myself, a lot of this stuff should have been the reasonable conclusion in the first place. Dropbox did not start by weak out-of-the-way forum votes, did it? It started with good ideas, functionality that is intuitive and sensible.

Most users, including myself for some time, don't find this forum and voting system very clear or easy to navigate. If you're used to it, that's nice, but we're not. I am sure that you are not receiving the bulk of what your userbase wants through this avenue. The votes accumulate slowly, and they are pronounced here, but a lot of what your users want is not sitting at the little table you set up for them to come. Besides, many ideas, such as this one and one I posted, are so obvious that it's a wonder any dev team would fail to implement them from the beginning. Very simple things, very needed things.

Dropbox, a box for dropping votes. Even the most sensible ones are often ignored for years, and closed due to "lack of support." We don't need super-support-votes for every little thing, guys. We need intuitive engineering.

Don't wait to be coerced. Just do good work.

Thanks @dwcapture for your input.

I also don't understand why this is such a huge issue or why it is hard to implement. It feels so simple and obvious...

Yes! Our team has encountered this as well, where it would be very helpful especially when one particular person has to upload various files from different contexts -- e.g. photos from two different trips, it would be more helpful to have the trip names than associating with the person merely collecting and uploading them.

Oddly, I have been using File Requests since covid and had no issues until this September 2022.  Suddenly, Dropbox is changing all the file names around when my students upload files to me.  I have read here that others have had this issue for years, but I only started having it occur starting in Sept of 22.  Dropbox, this is a major pain as the file names end up being wrong.  Is this some kind of security thing, attaching a name to every file uploaded?  I can't think of any other reason to force this on users.

This was previously marked as solved but it wasn't, on a comment with over 25k views.  It still doesn't let you remove the sender name and just leave file names unchanged as an option.  Very problematic in so many scenarios and still can't figure out why DB has been so stubborn about this one for over 5 years.

It is difficult to understand why this "feature" is not optional.

Ok, I'm seeing that I too am in for a fight here.

Dropbox - why have so many people been ignored on this issue?

Why can't this be an option for the user - if they desire to have the filename prepended or appended, that's their choice ... but don't make us suffer with renaming hundreds of files every day!!

Is there a logical reason you need to have them prepended or appended?

Can we hear from you on this please?

Please help! It's taking me forever to rename the 'renamed' files! 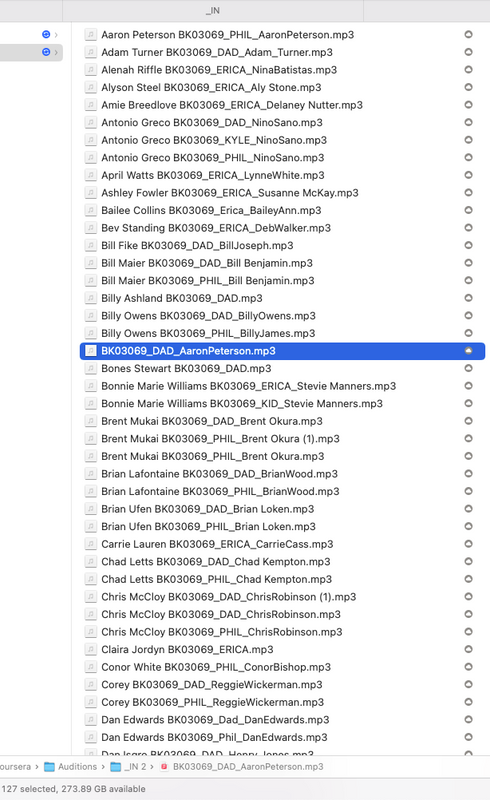 Chiming in here as a media professional, although I suspect many others here are as well.

Our workflows and systems literally depend on filename consistency. On the basic surface level it is how in almost all aspects post-production non-linear editing platforms function.

The fact that this is not an optional feature is a joke. Not to mention that with the limitation raised to 50GB per file on the professional and business plans shows they know what this is being used for - video media files.

This has not been fixed since the launch of the function? 5 years? What the heck is going on?

Dropbox is the best solution for our workflow. I'd say almost the perfect solution with this one little change. Dropbox has plenty of ways to track who uploaded what already built in, it doesn't need to change the filenames.

I don't know how voting features work on this or whatever, but I literally signed into the forums just to post this. Been a dropbox user for almost a decade. That should count for something.

That being said, my only workaround so far is have people upload a folder with their files in them. Dropbox seems to only rename the folder, not the files or other folders within.

That won't solve the problems for everyone, but that changes my fix from renaming hundreds of individual files (even automated by a script this isn't foolproof) to drag and dropping out if the renamed folder, or just renaming the folder to the correct directory.

Hope this helps someone!

I encountered this problem after using the request file feature for the first time in a while (seems Sep. 2022 this issue came back).

It is absolutely bonkers that there is no option to leave the filenames untouched as they are uploaded. I'm aghast at how absurd this situation is we find ourselves in. This is utter madness. I now have to manually rename every single file I've been sent to work with any sane scripting.

I will do everything in my power to get us off Dropbox and onto a workable solution ASAP.