Hi. When I'm using Dropbox for iOS I can easily rename a file before saving. Right there, in the same "choose folder to save" screen. I just have to touch in the filename. But in the Android version of the app I can't do this. When trying to share something to my Dropbox app I can only choose which folder I want save, or even create I new folder, but I'm not able to rename. Only after I have already saved the file that I will be able to rename it. That's a big issue, specially because a lot of apps, when exporting a file, usually generate a file with the same name (photo.jpg for example), and when I try to save to Dropbox, I have to check if there isn't another file in the folder with the same name, otherwise it will be automatically replaced by the new one. That's very annoying when you are trying to organize your pictures, documents and etc. Am I doing something wrong, or is this really a feature that is only available for iOS app? If it is, please, it's about time Android have an app just as good as iOS version. That is no excuses for that.

Lusil
Dropboxer
Hey there, @rogeriotitan!
Could you please provide some additional info so as to have a better understanding of the steps you’re taking so as to have a better understanding?
For example, is this for new or existing files in your mobile device? Could you also let me know if this is in regards to specific file types or if you’re using a specific third party app to save them in your Dropbox account via the mobile app?
Finally, any screenshots illustrating this behavior (without including personal info) would be very helpful to have a clearer image of what you’re seeing.
Thanks in advance!

rogeriotitan
Helpful | Level 6
It's is when exporting a file from any other app via Android native sharing system to Dropbox. It's in the Dropbox screen right before saving a file. I'm reproducing this is a Pixel 2 XL. I could see the same behavior in a Nexus 5x too. I'm gonna send a picture. 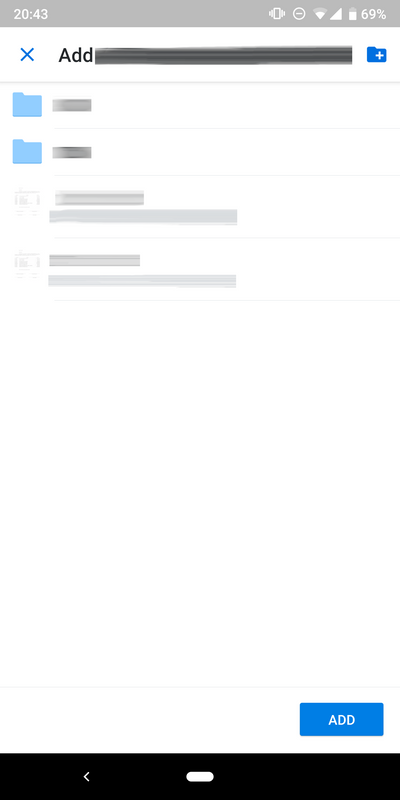 This is a very simple example when trying to send a screenshot taken from my Pixel using the button "Add to Dropbox". I will always get a screen like this, that I can only choose a folder to save, or create a new one, but I can't rename the file. Only after the file is already saved in a Dropbox is when I'll be able to rename it. 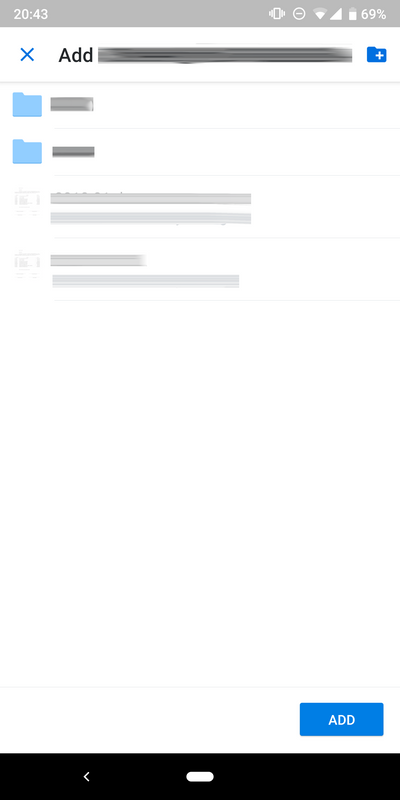 Lusil
Dropboxer
Thanks for the screenshots, they definitely helped me run a few tests from my end as well. Please note that I’ve removed some personal info included in your images attached for security and privacy purposes.
As per your query, although this seems to be OS-specific as it’s the device that’s saving the file in a different location, I’d be more than happy to pass your comments to the dev team for review.
In the meantime, let me know if you have any other questions!

Please, pass it for the dev team. It's a much needed update. I love dropbox, but not so much when using it in an android phone just because of this missing feature. If it's possible to do on iOS, I'm sure they can implement this on Android as well. Thank you for your attention.

I need this a lot too.
I've been using new folders every time I need to save a receipt (receipt.pdf) from a bank transfer.
Hope it gets implemented!

rogeriotitan
Helpful | Level 6
Exactly, Ianrbf. That’s a very good example. It’s something so simple and easy to do on iOS. I don’t know why it hasn’t implemented on android yet. It makes very hard to organize our files when we are downloading them to our Dropbox folders
2 Votes

Lusil
Dropboxer
Hey, since the dev team is constantly working on implementing further improvements, I’m afraid there isn’t a timeline to share yet.
If you have any additional queries or any other comments you’d like me to forward, don’t hesitate to get back to me. Thanks in advance!

Desktop app (with syncing) for devices with ARM processors

Bring back the green 'synced' checkmark in the system tray.

Can we have different plans / price points / data combinations?