The DropBox icon is visible and fine in the Taskbar.  But DropBox has recently changed the format of the "menu" box that appears when I click on the icon in Taskbar, and now the DropBox Paper icon is just barely visible and the Folder, WebSite and (most critically) the Settings icons aren't visible.  Because of the large wide space between Recent Files tab and Paper icon.  See photo below, Paper icon just barely visible on right hand side.  Have "reloaded" DropBox 74.4.115 but no improvement.  This DropBox feature does work correctly on my Lenova HD All-In-One desktop and my older Samsung laptop.  How do I access Settings now? 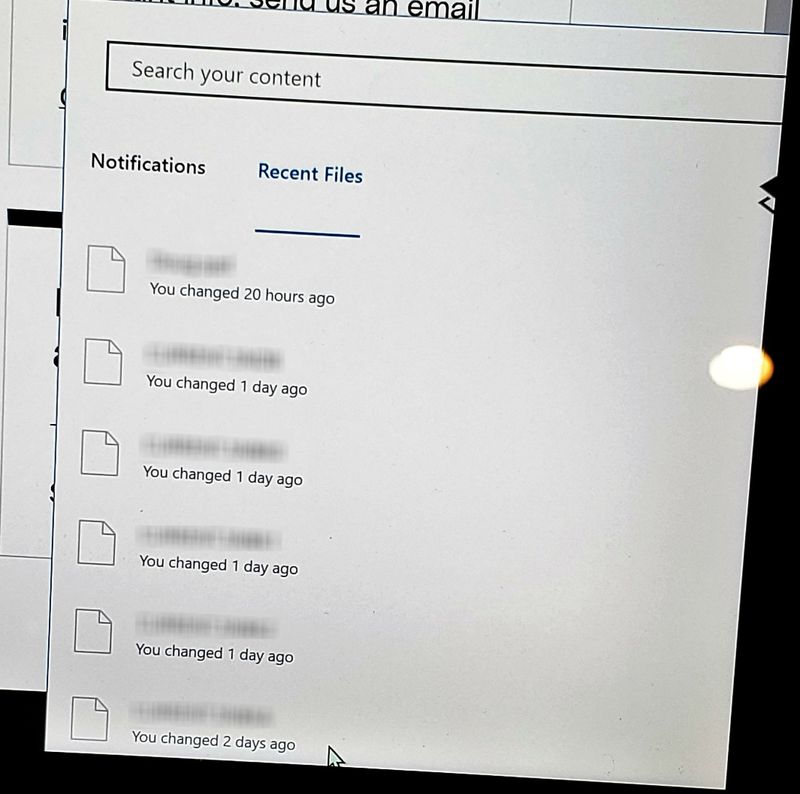 Lusil
Dropboxer
Hey there @djbbartman, thanks for the screenshot, definitely gives a better visual understanding of what you’re seeing - please note though that I’ve removed personal info included in it for security and privacy purposes.
As per your concern, could you please clarify what you mean when you mention that you:

Have you tried rebooting your computer or reinstalling the desktop app? Depending on which one you’ve tried, could you try the other option too and see if that does the trick?
Spoiler
Please bear in mind that, in order to reinstall the desktop app, you’ll first have to ensure that you save and quit all programs that access files in the Dropbox folder and then:
Let me know what you find!

I "reloaded" Dropbox per a suggestion I found while web searching for a solution to my problem.  There was link explaining how to do that, taking me to the Dropbox location where I downloaded/"reloaded" (that's the terminology used) v. 74.4.115 - but that didn't fix the issue.

One thing I've learned since posting yesterday is that what I called the new "menu box" is actually the Dropbox Desktop App, I've no idea where it came from because I didn't download and install it, so presumably it came along with a recent Dropbox update.

So that's my problem, the Dropbox DT App isn't displaying correctly so consequently I can't get to the Dropbox gear icon to do anything.  So when you're instructing me to "click on the gear icon in the notifications panel", it's not there, I can't do that to uninstall the the DT App.

So presumably what I should do then, everything else aside, is use Windows program uninstaller to uninstall Dropbox, reboot, and then reinstall the latest version of Dropbox, is that correct?  And hope for the best?  Please confirm.

Lusil
Dropboxer
Thanks for getting back to me and for the additional info, @djbbartman.
Yes, you can try reinstalling the desktop app after force quitting it and see if there’s a change in how you see the Notifications/Recent files menu.
Let me know how it goes!

After lots of time on this I have finally figured out that this is happening because the "menu box", or Dropbox App, I'm not sure which it is now because I didn't download and install DA, so maybe Dropbox did or didn't, I don't know - but this is happening now because the Dropbox "menu box" or Dropbox App doesn't scale correctly per my Surface Book settings.  I.e., if I set Win 10/Settings/Display/"Make Everything Bigger" to a scale of 100% or 125% then I can see the the icons for Paper, Folder, Website and Settings (Preferences).  But at any scaled setting greater than 125%, only the Paper icon is partially visible.  So this is a Dropbox issue, Dropbox "menu box"/Dropbox App isn't compatible with Win 10 screen scaling on this Surface Book i7.  Dropbox needs to fix this.  Because my normal-use scale setting is 225%, therefore I have no access to my Dropbox Preferences, EXCEPT by changing screen scaling to 100 or 125%, doing what needs to be in Preferences, then changing screen scaling back to 225%.  At least there is that work-around I've discovered.

Lusil
Dropboxer
Thanks for letting me know what worked for you, @djbbartman! I’d be more than happy to pass your feedback along to the dev team.
If you have any other questions for us, let us know. Have a great weekend ahead!