Storage completely taken up by Dropbox

Storage completely taken up by Dropbox

When I installed Dropbox (Plus) it took up 181 GB of storage, now my PC has not available storage capacity and I cannot use it. What can I do?

When I Installed Dropox and set it to Smart Sync it took up 181 GB of storage, leaving my PC with 0 availability, so I cannot use it. What should I do?

Daphne
Dropboxer
Hi there @MikeO1966, I'm sorry to hear you're having trouble with this!

Since you mentioned that you enabled Smart Sync for the files, do the files in the local Dropbox folder show the grey cloud sync icon instead of the green tick?

Also, if you right click the Dropbox folder and choose "Properties", can you send me a screenshot of the size shown there? 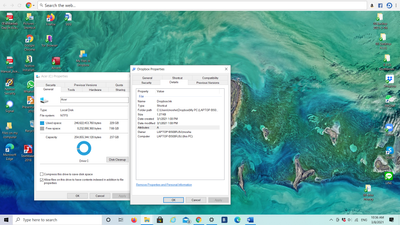 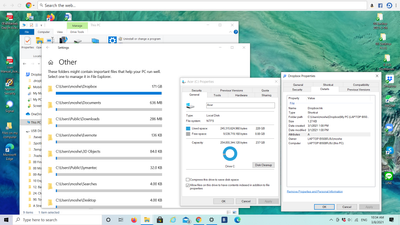 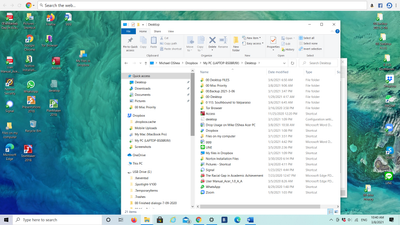 I could not find anywhere to upload this file so I just put it into the body. It shows the Dropbox properties, the Acer PC capacity situation (Full) and the size of the Dropbox folder (171 GB)

Based on their syncing icons, the files and folders in your screenshot seem to be synced locally on your computer @MikeO1966.

Have you tried right clicking on them and setting them to be 'Online only' through the Smart Sync context menu?

Alternatively, you can also use our selective sync feature which helps you make hard drive space by un-syncing any folders you don't want to be locally on your machine.

The only way I have found to clear the huge chunk of hard drive space that Dropbox always winds up using on my iPad is to completely delete the app and reinstall it. Dropbox was using 1.96GB of space, so I cleared the cache, but that only knocked it down to 1.92GB. Since the app is only 272.2MB, Dropbox is clearly storing a lot more dataon my iPad than what’s in the cache.

I would also disable the auto photo backup feature in the iPad > Dropbox app settings. I can see no reason to make backups of photos/videos on both iCloud and Dropbox, unless you work for a company that needs it for some reason.

Quick update: I just deleted and reinstalled the Dropbox app on my iPad and it’s back down to 275MB. 👍