I just want to add my experience on this subject and some tips and issues.

I worked on a project using Solidworks, with 3-4 other engineers from 3 different companies. The CAD folder was shared between us via Dropbox. One think to keep in mind really important:

Solidworks makes hiden temporary files of the opened documents. A second Solidworks session will recognice those and ether prevent a second user from working on those files or warn and create coppies. Dropbox does not sync temporary files, so Solidworks will not know if someone else has the files open. As a result it is easy to overwrite each others work.

One way around that is to load Solidworks assemblies in lightweight mode and each engineer to work on a seperate sub-assembly. Avoid making links/reference geometry of other subassemblies. Since most of us were freelancers i found it easy to modify the top level of the assembly on non-working hours when i knew people were not accesing it.

Performance was somethimes a bit on the slow side but Solidworks can be slow even when loading files from a local server. Also while Solidworks was open sometime files whould not sync. So occasionaly i would have to close it to allow Dropbox to upload changes. Finally at the end of the day i had to leave my PC open for a few minutes for Dropbox to sync.

The prospect of overwriting files is really scary and i don't think this solution can work in large teams. But for a small team on a tight budget it can definetly work, you just have to communicate who is saving what.

There are some settings in SW that is importent...

1) Set Auto-recover and Backup folder to local drive away from the "Dropbox" folder. 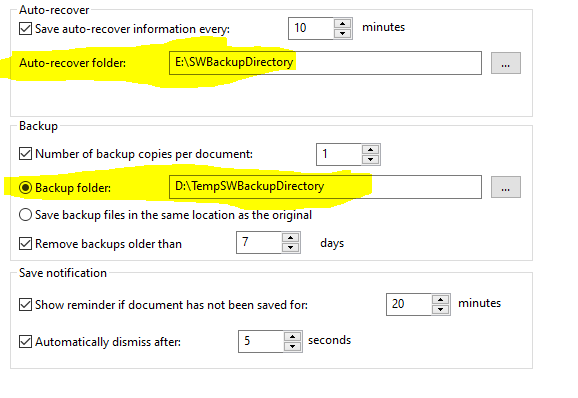 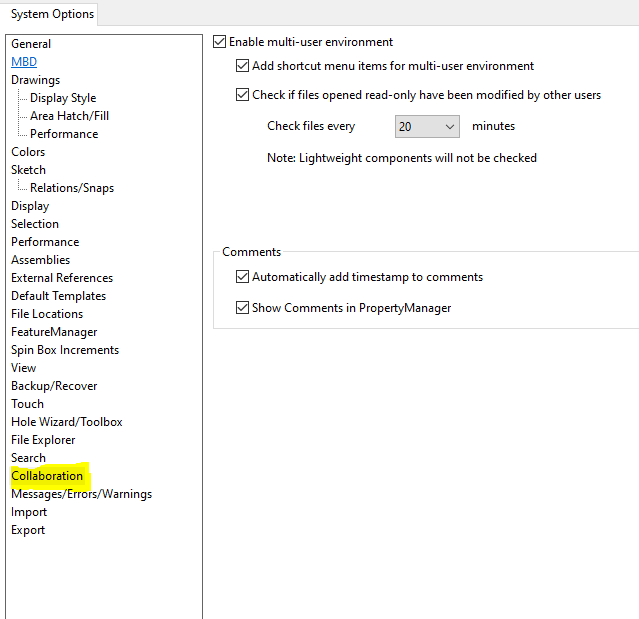 This will do the trick. Dropbox will mark files with a (local users counterintuitive copy). So if to users are opening the same file Dropbox will save changes to both users in to separate file. No overwriting.