I have the same problem indicated in this discussion, this time running Ubuntu 18.04.3 LTS :

As I seem to understand, the problem was then solved with the update to a beta version.

Hi @giogio83, welcome to the community! That post is rather old, so the same steps probably wouldn't work since the app has changed a lot since then.

Assuming you’re not on a Basic plan with more than 3 devices connected, try a basic reinstall of the app from here.

Hi @Jay, thanks for your help.

However, trying to reinstall doesn't seem to give any result and dropbox is still "upgrading"...

Can you try an advanced reinstall please? Steps can be found here.

Let me know if the issue is fixed after taking these steps.

Thank you for your patience.

I've tried steven's solution and it seems to work for the moment, I'll chek if it keeps doing fine in the next days and then, hopefully, mark the issue as solved.

@stevenpoint that was a lifesaver. My dropbox on MANY ubuntu 18.04 LT's became stuck on upgrading and stopped syncing. The "upgrading" would not stop or go away. I ran your apt-get install libatomic1 and then rebooted. As soon as ubuntu came back from the reboot dropbox finished "upgrading", closed and re-opened, and then began syncing as normal again.

Dropbox Support, I hope you are paying attention and fix this soon!

This solution didn't work for me because my filesystem is not ext4 unencripted, but xfs.

Hope this helps all those who didn't notice that it's not about the repositories or about the way Dropbox updates itself, but about the filesystem. 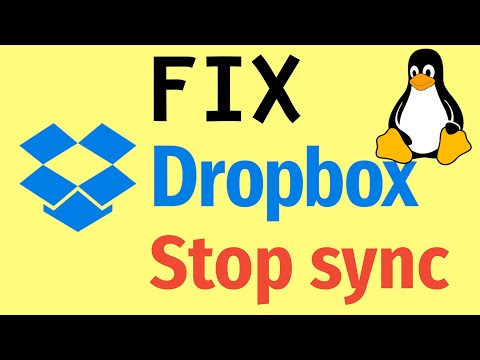 How to FIX: Dropbox will stop syncing in Linux
youtu.be/UGGyg_CdysA
Dropbox will stop syncing in LinuxMove your Dropbox folder to a supported file system.If you have got this message, you need to watch this video.Linux Dropbo...
0 Likes
Reply
Polls
Are you starting new work habits this year?
Vote
Hide Results
Well, we know it can be hard to keep up good habits, so we made a new working from home cheat sheet, with some good habits, some things to avoid and some tips for making your day a little easier. Check it out here.