How we use Dropbox: Alex

Alex
Community Manager
We’re back again to share how some Dropboxers actually use Dropbox in our real lives. This time it’s my turn - if you haven’t seen my name around before, I’m Alex, and I’m part of the Community team.
I was one of those straight A kids in school. The obnoxious one who always thought she had the answer and would be upset if she didn’t get the highest grade (sorry….not sorry). I was always the organized nerd and thanks to that, I’ve been using Dropbox since my student days. It has been an essential tool for storing my files in the cloud and accessing all my docs wherever and whenever I need. The more docs I could upload, the more prepared I felt in class.
As you can probably tell, my love for the Dropbox desktop app was triggered by a desire to over-achieve. Back then, I remember syncing docs between my devices so I could look at them on my mobile phone when I couldn’t get my computer to school (I had a very large, and heavy, Asus PC!)
I also used Dropbox in University for projects with my peers. I would share files with my team members so we could all contribute to the main project doc. In the past, I had often ended up doing almost all of the work on group projects, rather than risk a bad grade. I think we all know the pain of a group project with a few less than enthusiastic teammates, but thankfully, with Dropbox, there was no excuse. They couldn’t pretend they didn’t have the files, their names were next to the work they did, and there was even document history so no amount of ‘I did it, but it’s not there now, someone must have deleted it’ could let them off the hook. Now, whether or not I tidied up the end product, I didn’t have to do 90% of the work on my own!
Later in life, when I became a real grownup, I decided to upgrade to the Dropbox Plus so I could upload even more files. And then, at my first job, I convinced my manager to give me some budget for a Pro account. I would lie if I said that I wasn’t influenced by my early experience with Dropbox as a student. For me, Dropbox stuck with me when I was a poor and awkward kid, so I stuck with it in return, and now I actually work for them! 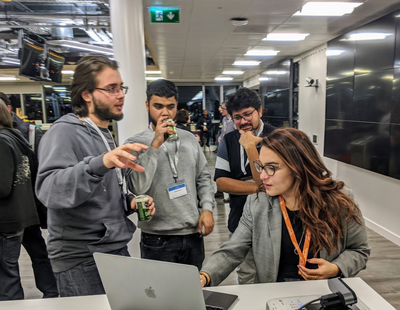 So, tell me, who else here is a meticulously organised nerd like me?
Labels:
9 Likes
Reply
5 Replies 5

GeorgeV7
Explorer | Level 4
I've been using Dropbox since my school days too. I am also a nerd 🤓 lol. Thanks for sharing!
5 Likes
Reply

Alex, you're amazing. Seriously I am trying so hard to become proficient with my Apple Mac. I want to feel as inspired by all things digital as you are. Unsure if I have enough grey cells...but I'm giving it my best shot.

Do you have any recommendations?

Thank you. I guess there is a nerd in all of us 😉

Hi @Poppycock. Thanks for the kind words. I'd say be patient with yourself. Learning can be a challenging process but it's always worth acquiring a new skill. Also, asking for help in Community forums and checking out the relevant documentation for the tool you are trying to master has always been a winning strategy for me.

3 Likes
Reply
Poll
Do you work or study in the creative industry? If so, which area?
Show Choices
Hide Choices
If you use Adobe, don't forget to check out our latest integrations update here.