Looking for help with managing the storage space in your Dropbox account? Talk to the Dropbox Community and get advice from members.

Can you actually send us a screenshot from the plan tab in your account settings? See below:

I've done that twice already.  It's in the chain.


I've done that twice already.  It's in the chain. 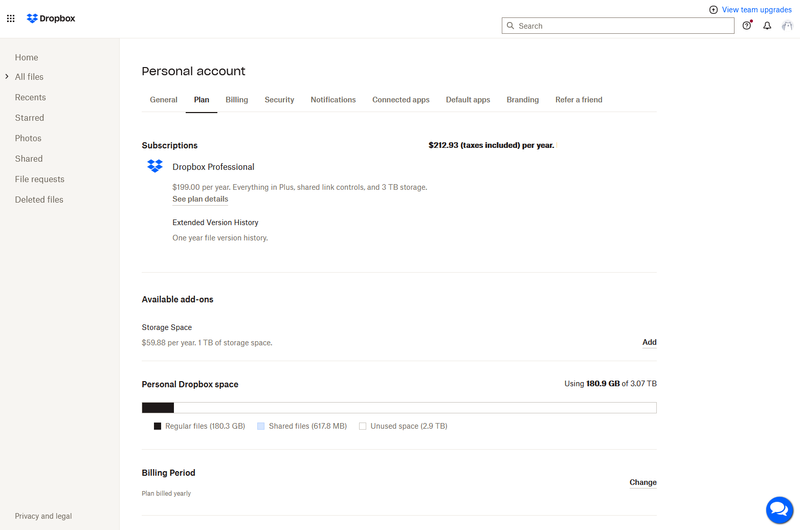 Your second screenshot is showing a list of your recent shared folders, though it does show what is likely the issue you're having. That screenshot shows that the shared folder called MnSBDC is too large to add to your account. It shows the folder size as 2GB but that's likely the approximate size of the folder. You have a Basic (i.e. free) account which includes 2GB of storage. If that shared folder is larger than 2GB, even just 2.01GB, then it would be too large to add because you don't have enough space. I'm guessing that the folder size shown there is either approximate or rounded, and that the folder is too large for the amount of space you have available.