Options
Turn on suggestions
Auto-suggest helps you quickly narrow down your search results by suggesting possible matches as you type.
Showing results for
Show  only  | Search instead for
Did you mean:

Here you'll find information about the latest features and changes in our Dropbox apps.

Network control is a security and access feature available to Dropbox Enterprise teams. With this feature, IT admins can manage which Dropbox accounts can be used on their corporate network. Using your proxy or CASB vendor, you can specify which Dropbox Enterprise accounts can sign in and sync via dropbox.com or the Dropbox desktop app. Learn more

Device approvals help Dropbox Business team admins manage the devices that team members use to access Dropbox. Admins can limit the number of connected mobile and desktop devices,and choose how device approvals are applied for their team. Learn more 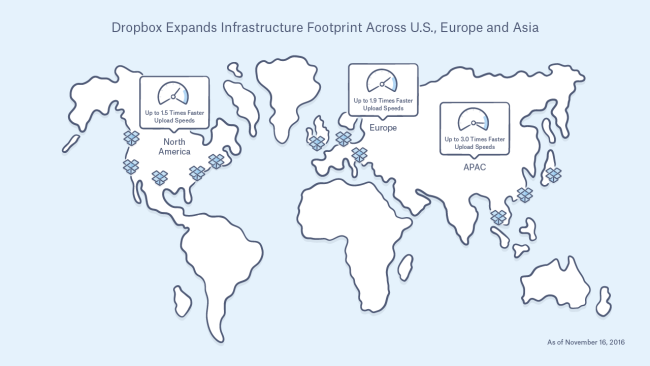 A user’s client connects to these edge proxies, completing the initial TLS and TCP handshakes quickly—the proxies have enough buffer space to let the client get through the slow start without having to wait for an ACK from our data centers. In other words, uploading and downloading to Dropbox is now faster than ever. Learn more

Starting on Nov 21st, 2016, Dropbox no longer supports Microsoft Internet Explorer 9. This change is in line with the industry trend, as many other large companies have already announced that they're deprecating support for IE9.
We believe users will have a better experience with the Dropbox website on newer versions of the various web browsers we support. You can see a full list of supported browsers here: http://dropbox.com/help/3

The latest version the desktop client—v15.4 or greater—resolves an issue encountered by a small number of users on macOS who stored and accessed their Dropbox folders on a remote network location or external drive. These users previously saw an error like this:
If you’re still experiencing this issue, please download the latest version of Dropbox.

Selective Sync is more responsive and faster than ever in an upcoming version of the Desktop application. These improvements make managing which folders sync to your computer quicker and smoother. Learn more about how to save space on your hard drive by using Selective Sync: http://dropbox.com/help/175

When you upload files or photos in your Dropbox iOS app, you now see a list of your most recent save locations. This makes it easier to save your files to the right folders when uploading on the go.

Available for Pro, Business, and Enterprise users
You can now save entire folders on your mobile device and make them available offline. Learn more 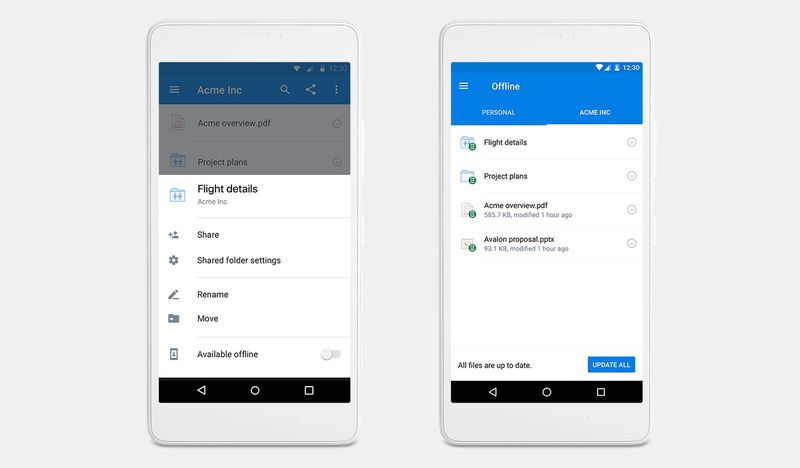 Note: This feature will gradually be rolled out to everyone over the next few days.

If someone updates a file while you’re viewing it on your Android app, you’ll now see a message showing you that a newer version was saved. With a simple tap, you can reload to see the latest version.
Sometimes we post about upcoming products or features before they're released, but timing and exact functionality of these features may change from what's shared here. The decision to purchase our services should be made based on features that are currently available.
0 Likes
Reply
20 Replies 20

These are some nice updates to the iOS client, but I'm still very frustrated that Dropbox hasn't implemented iOS's edit-in-place functionality. It's very confusing to require me to make a new copy of a file each time I want to edit it. It's basically the same as having an endless stream of conflicted copies, which DB usually does an excellent job of limiting. Please prioritize this for future iOS releases. It's the main thing that iCloud Drive is still beating DB on. I understand that app devs can implement something directly through the DB API, but there are too many apps and only one Dropbox for that to be feasible. I'm a happy DB customer paying for my 1TB, and I think this is a pretty reasonable request. Please, be a good OS citizen and use the native API: UIDocumentPickerModeOpen.

Theodore S.1
Helpful | Level 6
Strongly support this sentiment. I get that open in place has limitations but it's an essential part of working in iOS. Please, please support this feature.
5 Likes
Reply

Mehran
Helpful | Level 6
Very good updates, but in ios still background uploading have issue it paused after some time and i must lunch app to start it again, i think this issue should be fixed on ios10. Thanks
5 Likes
Reply

dportela
New member | Level 2
While I appreciate the desire to just post your update info in one spot, I encourage you not to just put the /whatsnew link into your iOS update description field. At the very least, bulletpoint the improvements and then provide a link for more information. Simply providing a link (which can't be tapped anyway and needs to be typed to be accessed) will most likely have the effect of insuring your iOS users are uninformed about your hard work and disengaged with you as a company.

Case in point, I only came here to tell you this...I won't be typing that URL again unless you give me a good reason to.
39 Likes
Reply

OUsooner08
New member | Level 2
I second this sentiment. It's user hostile and lazy! At least bullet point improvements in the app store and then put to learn more go to x website.
19 Likes
Reply

tristancliffe
New member | Level 2
Agreed also. Came here solely to say that it's infuriating when developers can't be bothered to fill out the changelog in app stores.
But as Dropbox gets bigger they care less and less about their customers, like any big company. Shame.
15 Likes
Reply

Raclove
New member | Level 2
Bring back Carousell!! Or at least something like it, I need to free up space but it's hard to know what photos have been uploaded as it so often skips large groups of photos.
It was incredibly handy and it needs to come back.
4 Likes
Reply

Thomithumb
New member | Level 2
Totally agree, I don't prefer to update 'blind', so you're forcing to awkwardly navigate here. It will eventually move me to just use iCloud Drive. I won't come all this way next release, so likely won't update, and so starts the process to transition away.
12 Likes
Reply

The way we work is changing. Share and discover new ways to work smarter with Dropbox in our community.

Ready to learn new ways of using Dropbox? Discover tips & tricks, use cases and feature updates. Connect with other members of our Community and share your story!
Who's talking

What do Dropbox user levels mean?
Share your idea
Got an idea for Dropbox? We want to hear it. Our team will review the top voted ideas so get voting!
Need more support?

If you need more help you can view your support options (expected response time for a ticket is 24 hours), or contact us on Twitter or Facebook.

For more info on available support options, see this article.

If you found the answer to your question, please 'like' the post to say thanks to the user!