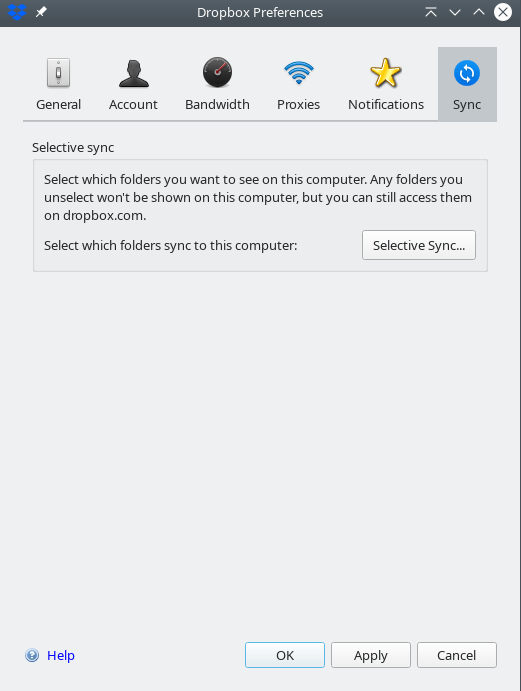 PS: Seems on second try everything is back. But there is something wrong. Why ever (dis)appear initially? 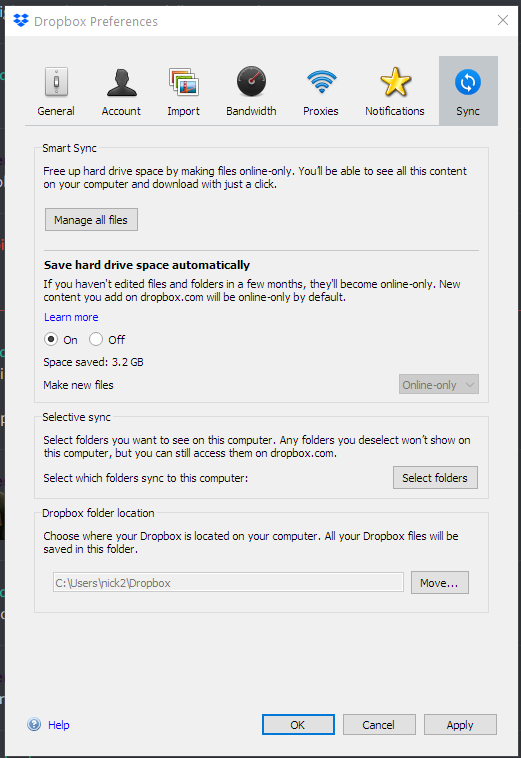 Still here for me.

That's interesting because I have got the "Smart Sync" / "Selective sync" / "Dropbox folder location" like Typpi, except that I don't have the "Save hard drive space" subsection in Smart Sync. But I do have a checkbox for "Let my admin manage this setting".

Assume DB are testing some different options with different users?

bobas
Dropboxer
Thanks for using Dropbox! Here are the user-visible changes in v88:
0 Likes
Reply

Mine updated and is stuck "Syncing" on PC. All the files show up with the blue sync Icon, been hours and nothing has changed to a green check mark. Dropbox works fine still on my second computer a macbookpro. Anyone else having this issue? Attempted to uninstall and reinstall, unlink/link, no avail. First time this has happened.

2) the rest of the myu users (the gamers and netflix watchers) are getting very annoyed at the network hog (yes, I've restrcited the bandwidth, but I currently don'yt have muuch faith ...)

Same here - full resync been running ever since I rebooted my machine about 3.5 hours ago.

I also noticed ffrom 'Process Hacker' (a sort of super-Task Manager) app that the DB client application had apparently read 1.8 TB of data since starting some hours ago... but there's only 130 GB of files in my DB.  I don't know how much data you'd expect a reindex to read, but as hardly any of my files had changed since shutting down the machine last night and the reboot this morning after which the reindex etc started, I thought that that increasing read total, and the resync file count not decreasing meant that DB was perhaps reading and trying to sync one file over and over again.  The #files count would go up occasionally when something else in my DB got saved (eg my notes on what I was doing) then come back to the same sticking point.

I'd also noticed (through a monitoring process I have here) that I'd gained a "conflicted" file (a notes file that had been updated shortly after I rebooted this morning).  It's the first "conflicted" file I've had in several years, a symptom of the reindex/resync problem rather than a conflict between two machines accessing the same file.

Anyway, I shutdown the DB client, then manually sorted out the diffs between the conflicted file and the genuine one, then restarted the DB client.  And the high cpu use etc has gone away.  The client now seems to be behaving again.

2 Likes
Reply
Poll
We love to learn from the educators who use Dropbox. Whether you teach kids, teens, adults or a combination of all three, we want to know what apps and integrations you use with Dropbox to help with teaching. Which of the ones below is your favorite, or most used tool?
Show Choices
Hide Choices
We can’t wait to hear how you use Dropbox to teach, so why not start a discussion, and keep your eyes peeled about our tips for educators soon