You might have seen how some of us at Dropbox use Dropbox to keep our home lives in order, whether it’s organizing friends and family, moving home or making some seriously fun plans. Well, Amelia, a Program Manager explains how her team uses Dropbox Capture to make work easier too.
Now that we’re Virtual first, we have a lot of meetings in our diaries and and in a given week, we’re running lots of key decision making meetings with stakeholders, internally and externally. Dropbox Capture gives us a way to be more efficient and personable in how we communicate. 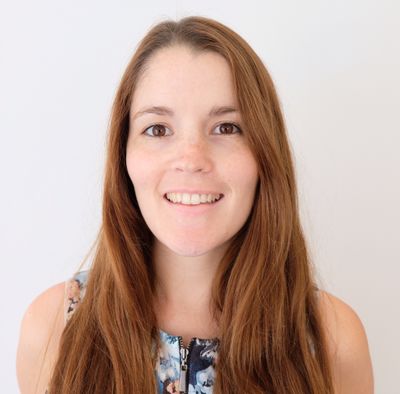 Amelia, a Program Manager explains how her team uses Dropbox Capture to make work easier
We use it to focus our meetings on discussion and decisions. We run some really big cross functional meetings and we’ve used Dropbox Capture to separate the agendas for these meetings into two - an offline agenda and a live agenda. In the offline agenda we asked project leads to record short Dropbox Capture videos to give the latest status on their projects. These form the pre-reading for the meeting. In the live agenda, we focus on the topics that require discussion and decisions, and on live inputs and debate. We also leave time for the discussion on any of the Dropbox Capture updates as well. This means we’re able to be more efficient with the time in these meetings to focus on those live discussion topics and we’ve actually been able to reduce the frequency of these meetings as a result.
Dropbox Capture has also made us feel more ok about cancelling meetings. We’ve done this with some of our senior meetings and we’ve gotten really positive feedback and we run a test before the meeting to see if we have sufficient updates and discussion topics and if we don’t we check in with the stakeholders to make sure they don’t have specific topics they want to bring to the table and if not, we cancel the meeting and replace it with an a-sync update via Dropbox Capture and we send it out for stakeholders to review. This means we are able to produce a 5 minute update for them and they get 30 minutes back in their day. Being more conscious about using meetings for the right outputs, and being conscious of everyone’s time has been a really significant game changer in how we work.
We’ve also used it in an internal comms way, to share success stories, to share information and end of week updates and we’ll keep experimenting with what works. Overall, Dropbox Capture has been a huge change to how we work and allows us to try new things.
I love the idea of cancelling meetings that can be an asynchronous update - if a 5 minute update can do the job, then you can spend those 25 other minutes either getting work done, or maybe catching up with a teammate 😀 Are you using Dropbox Capture yet?
4 Likes
Reply