Fixing 'your computer is not connected to the internet'

Fixing 'your computer is not connected to the internet'

I'm putting this up in case it will help anyone else.

Running Windows 10 but I don't think this fix will be OS dependent.

I have had two PC in the last couple of weeks that Dropbox has stopped syncing on, saying there is no internet connection (there is).

and a whole bunch more stuff that I can't even remember

Anyway what fixed it for me, and I've not seen this fix anywhere in my extensive searches it was just a last throw of the dice, was to change my DNS servers to Google's so in the internet adapter properties options choose 'use the following DNS server addresses' and put Google's in there 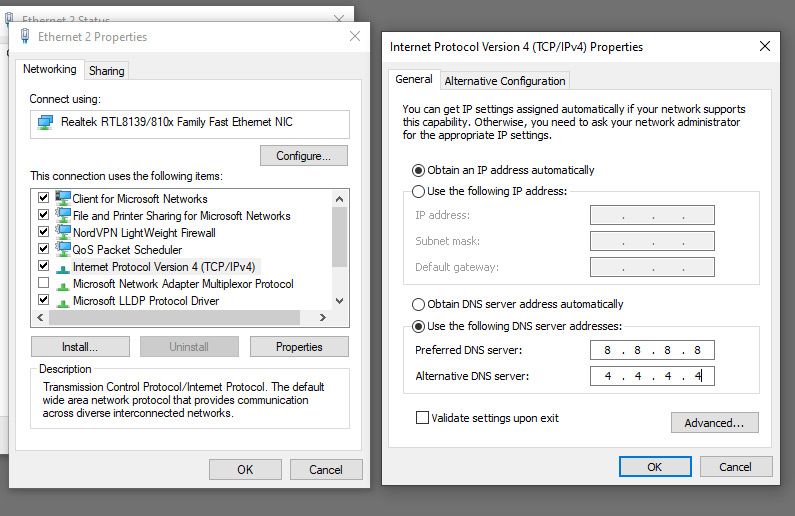 Both these computers were on the same network connected to the same ISP and are in Hong Kong so I did wonder if it's a Chinese Government thing, then I took my tinfoil hat off and decided it is more likely just an ISP mis-configuration.

Anyway if you have the no connection problem and you've tried everything else then give it a go.

Re: Fixing 'your computer is not connected to the internet'

Although that's such a niche fix... it might be the Chinese gov. But what do I know.